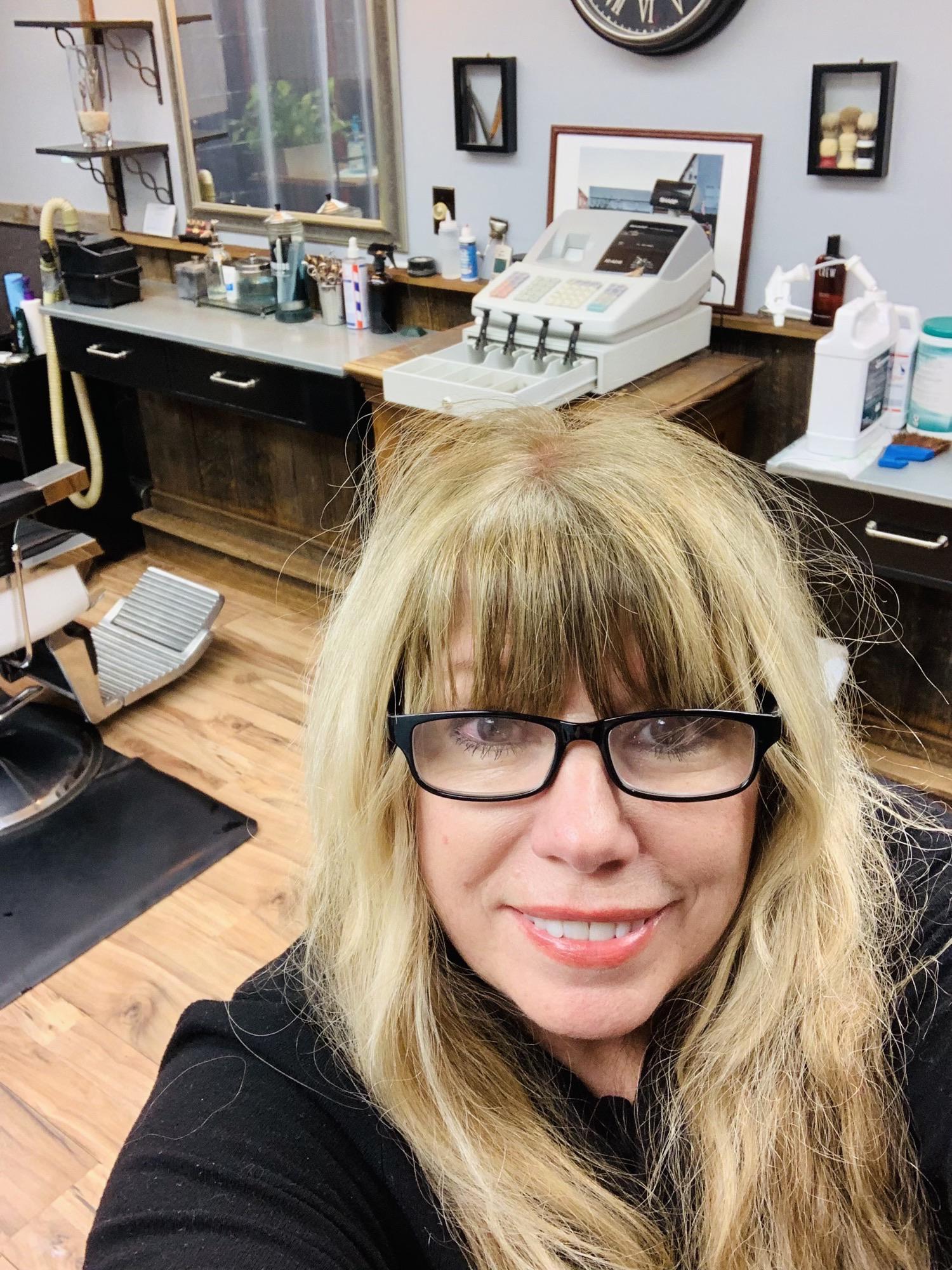 NEW MILFORD — Kym Wilbur has fond memories of accompanying her father and two brothers when she was little, when they got their hair cut at Jimmy’s Barber Shop in town.

“Jimmy Barone (the former owner) gave out some great lollipops,” said Wilbur, now 61, who just closed the business at 56 Railroad St. after owning it for more than 20 years.

While Wilbur owned Jimmy’s, hundreds of customers walked through his door.

“There are some who come every week. They are professional men and they want to look clean all the time,’ said Wilbur, a Winchester resident who closed Jimmy’s because she needed time to take care of her 91-year-old father. , who needs full-time care.

Although it usually takes about 10 minutes for a men’s haircut, a lot can be said during that time, Wilbur said.

While some clients just wanted to talk about politics and world events, others have entrusted many personal things to Wilbur over the years, she said.

She has heard of marriages falling apart and clients being diagnosed with terminal illnesses.

She shed tears with many of them and also rejoiced at happy occasions, such as newborn babies and weddings.

“I’ve had interesting characters from all over the world come through town,” she said. “I was always amazed at the stories people told me.”

Relationships with his clients were a two-way street.

“There were times when I was depressed about the things that were going on in my life and the right person came to cheer me on,” she said. “It was like, ‘oh wow, I needed to hear that today.'”

Whenever customers came in, “we just picked up where we left off,” she said.

Wilbur said his motto was, “It’s more than a haircut.”

Her clients watched her sons, Josh and Zack – who are now 41 and 38 – grow up and learned all about what they were doing at every stage of their lives, she said.

New Milford resident Corrine Thompson said the men in her family have been going to Jimmy’s for generations.

“She made them all look presentable for every graduation, wedding, funeral, family party. She’s been a part of all of them,” Thompson said.

She added that Wilbur always remembers people and their relationships.

Plus, she said, Wilbur “was wonderful with my elderly dad and amazing with my restless 2-year-old grandson. He’s just a loving and caring person. She is embedded in our family because she was part of every event.

Art Crane, a Sherman resident, said Wilbur had been his “go-to” for 18 years, “and I don’t want anyone else.”

“I had an aquarium and I put it right next to my station and let the kids name them and feed the fish,” she said.

Just like Barone, she also distributed soft drinks to children.

“Tootsie pop,” she said, adding that she was also giving out combs and pens.

Former New Milford resident Jimmy Barone, who opened Jimmy’s in 1965, said the building had been a haircut business since the late 1800s.

After taking it over, Barone completely remodeled it.

“I put everything new in there – new flooring, new AC furnace,” said Barone, who is 85.

Get started in the hairdressing business

When Wilbur was young, she initially wanted a career in nursing and became a Certified Practical Nurse, or CNA. She has worked as a private service CNA in nursing homes and hospitals.

At that time, in the 1970s, she said there was a waiting list for nursing jobs. So she decided to pursue the haircut as a “back-up”.

“I consider myself an artist, so working with hair came easily to me,” said Wilbur, who grew up in Roxbury.

She started cutting the hair of celebrities and local politicians – whose names she didn’t want to divulge.

“I would go to their house and do them personally,” she said.

A year later, when Wilbur learned Barone needed part-time help, she closed Town & Country and started working at Jimmy’s – and never looked back.

Now that Wilbur is going to take care of her father, she feels her life has come full circle.

“I started to become a nurse and it looks like that’s what I’m going to do now,” she said.