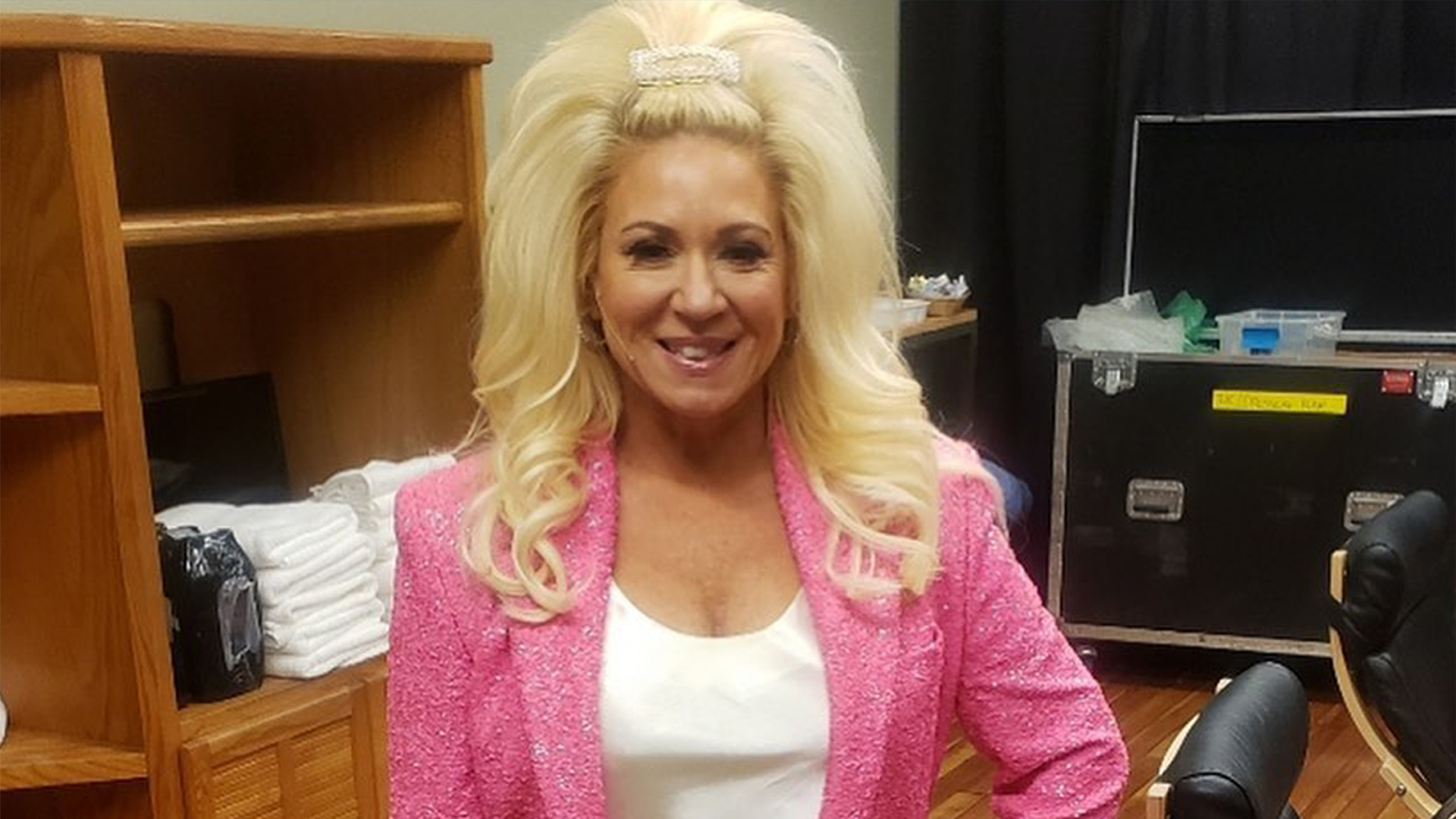 The 55-year-old showed off her new style ahead of a live show.

The medium looked stunned in a sparkly pink pantsuit with a white shirt underneath.

Theresa completed the look with shimmering gray heels, chunky rings and a new ‘do’.

Her hair was in a half-up, half-down, curly style.

The blonde hair rested on her shoulders, the top held in place by a silver clip.

“Fridays we wear pink #pink #longislandmedium #friday,” she captioned the photo, which is a pun on the Mean Girls quote.

This hairstyle is different from its original, which usually has its bangs parted to the right.

The Long Island Medium star rocked a similar hairstyle to the one above just two days before another live show.

Fans were quick to comment on her look from last night, praising her.

Most read in Entertainment

This isn’t the first time Theresa has flaunted a wild hairstyle.

During an Instagram live, she had a similar hairstyle, with her bangs pulled back, but without a clip.

In recent months, she has added a poof to her hair, which fans have considered her mullet look.

“Your hair is starting to look a bit mangled,” one fan said.

“You need a new hairstyle! It’s a little crazy, be natural, it would look much better,” another suggested.

At a show down south, Theresa showed off her legs in a black mini dress.

It was complete with feather trim and the same hairdo she wore in the pink costume.

The 55-year-old captioned the photo: ‘Back to that’, adding the hashtags ‘livetheexperience’ and ‘longislandmedium’.

Fans adored her hair and complimented her on her legs.

Earlier this month, while celebrating ten years of her show, Theresa showed off her legs again.

She posed on a sofa in a shimmering gray skirt and white shirt.

Thoughts thought she looked decades younger in the post.

“You are beautiful,” said one fan.

Theresa continues to wow fans with her fashion and hairstyle choices.

She is on tour until the end of May.

We pay for your stories!

Do you have a story for The US Sun team?