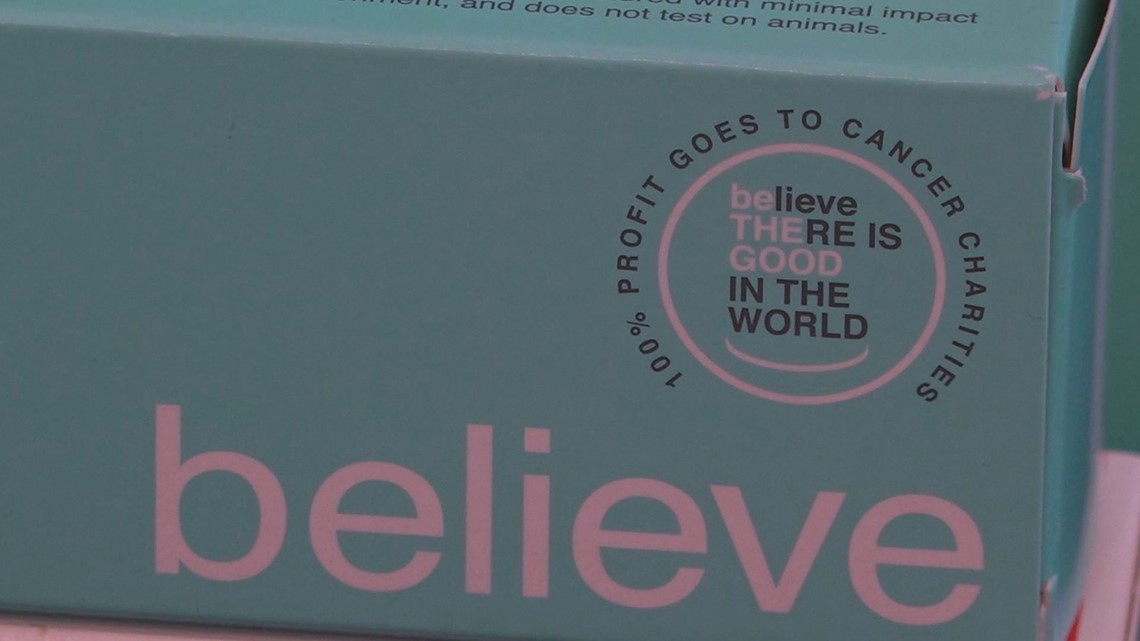 Adam Hewison founded Believe Oral Care with one goal: to donate all proceeds to cancer research and charities.

HARPSWELL, Maine – New companies are taking shape every day in Maine. While many want to give back to the community, some are created with this sole objective.

Shortly after Adam Hewison was diagnosed with stage four prostate cancer in 2017, he and his wife were in Hawaii celebrating their anniversary. While enjoying the sunset, the naturally optimistic Hewison noticed smiling faces all around him and knew he wanted to turn the negative positive prognosis something.

“I feel I was given this cancer for a reason,” Hewison said. He lives in Harpswell for over four years but visit the Midcoast in decades.

Hewison decided to start a toothpaste company using all natural ingredients and dedicate the proceeds to helping others facing a similar diagnosis.

“I really believe that we can find an ultimate cure against cancer,” he said.

After several years of working with two volunteers, Believe Oral Care took shape. They sell mouthwash and toothpaste two flavors, vanilla and mint, fluoride free and natural ingredients. Their products are manufactured in New Jersey and have been on the shelves of a dozen Maine stores for less than two months. A tube of toothpaste Retails for around $ 10.

Hewison, who spent his life to adapt to new situations, said: “I really believe that the mind is incredibly powerful and if you can believe it, you can achieve, and that is how I live my life.”

As a young boy growing up in England, the school was a challenge because Hewison dyslexia. At 15, he started a hairdressing apprenticeship with Vidal Sassoon in London. Eventually hairdressing brought him to New York and later he became a floor trader and entrepreneur traveling and working all over the world.

“I thought it was just crazy enough to work,” he said of his new project. “I do not need money. I am very blessed in life with previous companies and sometimes you have to do good in this world and good in the world. »

Hewison’s nonprofit has yet to donate, but he hopes by the end of the year to donate to the Maine Cancer Foundation, St. Jude Children’s Hospital and American CancerSociety.

Ruby Ray, Director of Development at Maine Cancer Foundation, said she spoke with Hewison and that while Believe Oral Care is in its early stages, they are excited and optimistic for her to grow.

“I feel very well,” he said. “I continue to say to the doctor, I do not know how you’re supposed to feel when you have cancer, but I feel great. »

Hewison hope something as simple as toothpaste can make a difference in the fight against cancer.