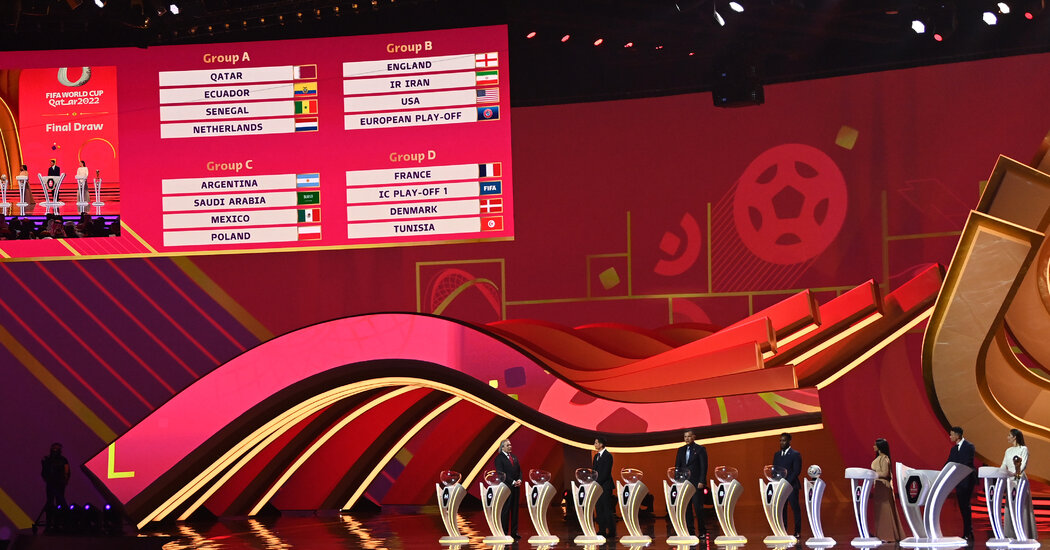 Louis van Gaal said it all with a hint of a mischievous smile. The Netherlands’ draw for the World Cup was not easy, he said, with his signature candor, nor was he lucky. It was rather “colorful”. It was a better word. The sunny yellow of Ecuador, the rich brown of Qatar, the deep green of Senegal and that flamboyant orange of the Netherlands: colourful.

He tried, as best he could, to hide his joy. He knew, after all, that the dice had fallen for him and his team, just as he had predicted – in graphic and not quite serious terms – that they would. Everyone wanted to draw Qatar, the host and by a gulf the sweetest prospect of the top seeds. Only his team had been chosen.

But van Gaal is too long in the tooth to be fooled. He also knows that the World Cup draws aren’t just explosive and sugary and filled with wasted time and content and Idris Elba; they are also chimerical. They have an oracular quality. Often they don’t mean what they seem to mean on first reading.

Consider Spain and Germany, for example, drawn early in Group E. Their meeting will mark the end of the first week of the tournament; it is the only time that two of the contenders expected to win the competition, to be crowned world champion, will meet during the opening phase. Both seemed to have drawn the short straw.

And then the balls kept rolling and the names kept coming in and it turned out that the two had, in fact, landed on their feet. Japan will not be a breeze, and either Costa Rica or New Zealand rounding out the group will hardly be content to go leisurely. But neither has the resources, quality or pedigree of Spain and Germany, and both will be confident of making it through.

Or look at England, who managed to reach the semi-finals in 2018 – and last summer’s European Championship final – by winning regular-time knockout ties against Sweden , a pale Germany and Ukraine.

His good fortune seemed to have held, along with Iran, the United States and one of Scotland, Wales and Ukraine, a group far richer in geopolitical intrigue than it is as an elite.

“I’d rather put balls in the net than flowers,” said Iran’s Serbian coach Dragan Skocic when asked about his meeting with the Americans, a reference to the bouquets exchanged by the two nations when they met during of the 1998 tournament. “Football transcends politics,” said his American counterpart, Gregg Berhalter.

But the group stage draw isn’t really just a draw for the group stage: it’s also a roadmap for the whole tournament. If England want to win – as they think they will, this time, with a bit more logic than that of the stopped clock – the slope immediately gets steeper once the knockout stage begins. Senegal, the most complete team Africa has sent to a tournament in over a decade, could wait in the round of 16. Then it could be defending champions France in the quarter-finals. Anything beyond that may not be immediately relevant.

There will, of course, be a few teams satisfied with their fate: France, of course, should have little trouble with Denmark and Tunisia and that of Peru, Australia and the United Arab Emirates. The two South American contenders, Brazil and Argentina, will also be confident.

Even the United States shouldn’t be too upset. “We have the youngest team in the World Cup,” Berhalter said. “For us, it’s an advantage. The guys are not afraid of anything. England could be comfortably favorites to win their group, but there’s no reason to believe the United States – back after an eight-year absence – can’t finish second.

And there will, of course, be teams that will have to regret their fate. Canada, for example, which honors this stage for the first time since 1986, has a group without real heavyweight but more difficult for them: Croatia and Belgium finished second and third four years ago, while Morocco went through the arduous process of African qualifications.

In the end, however, Van Gaal was right: there is no way of knowing, eight months in advance, who was lucky and who was not, whose soft draw and which is the most difficult. After all the glitz and circumstance, video montages and marketing spiel disguised as mission statements, all you can say for sure is that it will, when the time comes, be colorful.